You are here: Home / Mom Support / Self-Care / Forgiveness is a Choice

I watched a documentary once that was so powerful it left me a sobbing mess before it was even halfway through. Normally, documentaries do not have this kind of effect on me.

The ones I usually watch are instructive, clarifying, and sometimes entertaining, but not moving and certainly not gut-wrenchingly emotional. But this one, this one was different and so raw, it will never let me forget the message it endeavored to portray and also the one it didn’t.

The opening scene began in a cozy, average-sized living room, with a middle-aged woman sitting on her couch, cradling a photo album across her lap. She doesn’t look up or say anything beyond an occasional murmur, but you feel the importance of the treasure in her possession.

Eyes glued to the photos staring up at her, she caresses each one, drawing attention to the same bright smile on every page. The smile starts out toothless and small but with each turn of the page, the smile grows, teeth fill in and finally, we see a handsome young man from behind the protective film of the last page.

This mother doesn’t smile as she guides us through this visual walk down Memory Lane. Her weathered face bears a perpetual frown, as if she couldn’t alter the curve of her lips if she tried. When she speaks, her words match her expression. Sad, angry, hurt… lost.

Setting aside the carefully constructed photo album, the woman retrieves some loose photos from an end table and the camera zooms in for a closer look. We do not always see the mother’s face as she explains each photo, but we can hear her words and the story they weave. A story of a fun-loving son taken too young.

By the time her narrative reaches the fatal part of her story, the words coming from her mouth are dripping with venom towards the villain of this tale: an attractive young teen with an equally infectious smile.

This young girl, who had as much life ahead of her as the fun-loving boy she met at a party, played a disastrous role in his life when he got in her car and they drove away drunk.

That was the last day this broken-hearted mother ever had with her son. The last day he had on this earth. And the last day of peace for that young girl. In one tragic moment, three people’s lives changed forever, but only two remained to live theirs.

The young woman spent six months in jail for this crime. Months later she was arrested a second time and sentenced to 10 years in prison on drug charges. Drugs she took to mask the pain of that night. Drugs she took to help her live with herself.

The grieving mother, who had only a photo album now to hold, spent those ten years blaming her loss on the imprisoned young woman, a face she refused to lay eyes on, a name she couldn’t even bring herself to say.

But the cameras were not there to document this woman’s grief. They had arranged a meeting. A meeting between the mother and the young woman, after ten long years. There were no intentions of forgiveness on behalf of the mother, she swore against that years ago. But she felt the time had finally come to face her demon.

Tensions were high the day the mother sat in the prison’s Visitation Center, alone with her photo album beside her on the table. Behind her a young woman entered the room, her expression guarded. She hesitates before sitting across from the mother at the table.

Glaring and lips pressed tight, the mother slid the album over to the woman, saying, “I just wanted you to know the boy you killed.”

The effect was immediate. The icy words crashed through the prisoner’s defenses like a wrecking ball. She buried her face in her hands and sobbed, shoulders heaving violently. Years of suppressed emotion leaked through her fingers and splashed onto the cover of the photo album below her bowed head.

Taken aback by this sudden display, the mother involuntarily reached across the table and comforted the young woman.

In that moment of sympathy, something miraculous happened. Two women, whose lives were torn apart by one tragic event and a divide ten years in the making, were now holding one another and sharing their hearts.

Tears of forgiveness washed away years of bitterness and hatred.

It took just one moment of clarity for this mother to realize the monster she envisioned all these years was nothing more than a broken life torn apart by the same event that robbed her of her joy.

Only when the blinders of hate fell away could forgiveness move in and begin healing. And in that process, another miracle took place: this mother found a surrogate to fill the void her son left the day he died.

To this day, because of forgiveness, both women are inseparable. They “adopted” each other into their lives and share a mutual love in their hearts where once anger, hatred, and bitterness thrived.

Naturally, this story was very moving. Forgiveness and restored lives are beautiful things. But all I could think about were those ten wasted years that two women suffered needlessly.

Yes, their story is one of reconciliation, but imagine how enriched their lives could have been had they found it sooner.

I can say this because forgiveness has been part of my journey, too. After years of sexual abuse, I thought I had reasons to hold on to my unforgiveness. I felt validated in not wanting to move on and in some strange way, experienced a blanket of security by holding on to that hurt.

But I wasn’t living. I was letting my past poison my future, just as this mother had.

Forgiveness was the single best thing I did for myself, for my husband and for my children. I was able not only to heal and live a full life, but now I can use my story to help other women with theirs.

What is your story? Has someone hurt you and you struggle to forgive the pain of their actions? It’s a genuine pain. It might even justify your actions. But it’s no way to live.

You may not wish for a face-to-face as this mother did, but you can still forgive. Bringing it to God and letting Him heal you is by far the best way to release the hold someone has on your life.

I read a quote once, “They caused the first wound, but you are causing the rest…”-Bryant McGill. Healing is in your power to obtain. Do not let the hurts of your past keep you in bondage any longer.

It’s a choice, one only you can make.

*This post first appeared in the Christian Womanhood Magazine

Why I’m Grateful for Years of Abuse 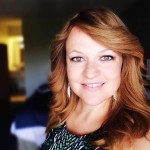 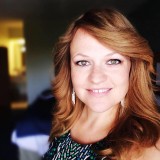 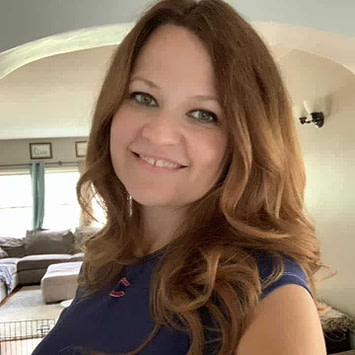 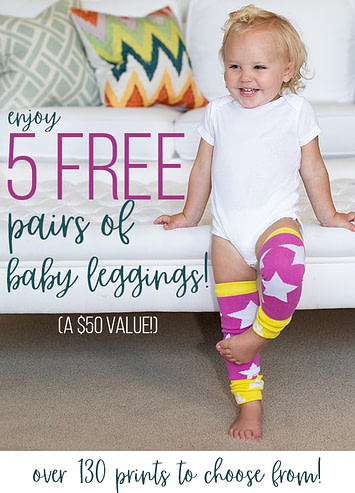 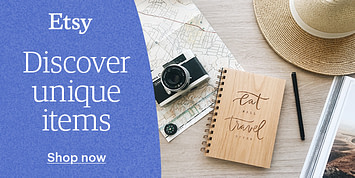